The musical lineup was headed by the Kingstons and Fireblockers, ably backed up by local bands Dad Dancing, Rufus Stoned, The Strange & the Beautiful, David Street and Neil Edgson, Hannah & Trefoil , FoXXy & The Sinners, All Bar One, Morzim  and The Briars.

Tickets sold out and the day was warm, mainly dry and occasionally sunny.  Over 500 people visited the site during the festival, which ran from noon to 11.30pm.  As well as great music there was an array of food from vegan to a hog roast!  The bar, which was run by volunteers in the Village Hall, managed to empty 10 barrels of beer as well as sundry other drinks.

What a wonderful day!
Photos below by Colin Dawes unless otherwise attributed 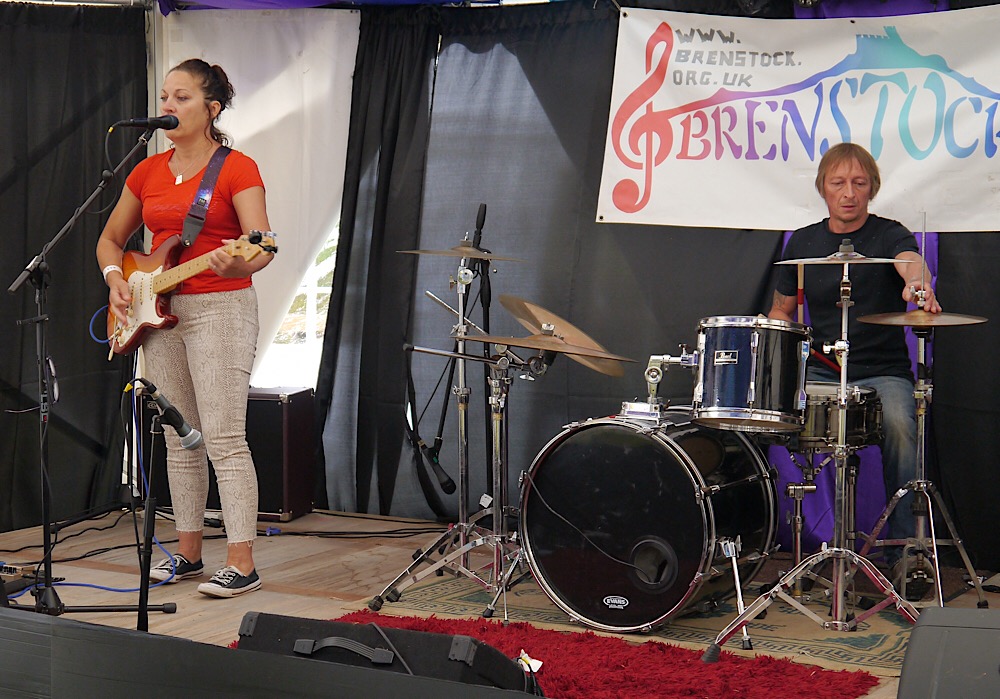 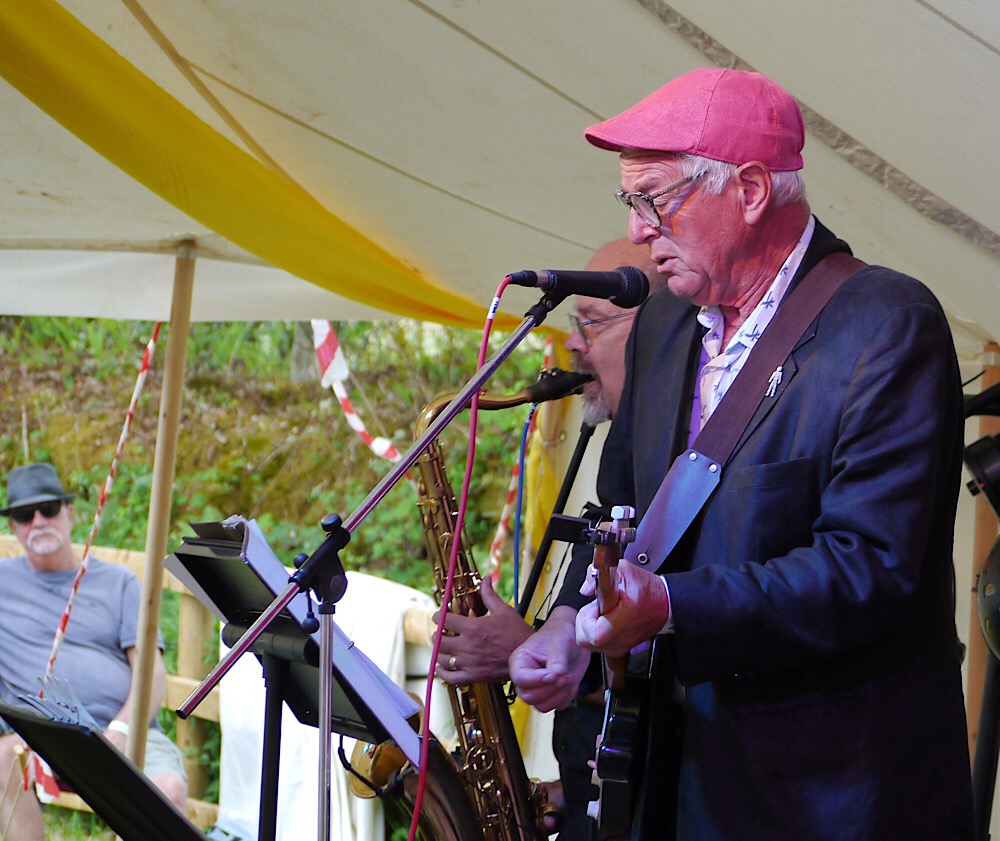 Brenstock 2017
Brenstock 2017, the second festival to be held, was staged on Saturday 15th July at the Village Hall and grounds, and was bigger and even better than last year.  The event was a sell-out, over 400 people attending.  Over £2000 was made by the event, which goes to help maintain Brentor Village Hall as a major resource for the local community and to provide a fund for future Brenstocks.

Two marquees housed an acoustic stage and main stage and there was non-stop music from 1.00pm until 11.30pm.  Despite the wet weather everyone had a great time and the band lineup was superb…..

The festival relies on its volunteers for its organisation and for help on the day for such things as stewarding, catering and decorations for the marquees. The sound and lighting systems were also run by volunteers.

Go to the official Brenstock website at www.brenstock.org.uk by clicking here

Brenstock 2016
Brenstock 2016 was also  a sell-out, with over 250 visitors to coming to Brentor’s first-ever music festival.  The weather was kind, the food was good and the Castle Inn provided an excellent licenced bar.  All the music acts were superb, from solo singers to the headlining Fireblockers.  The village hall and marquees were decorated in a riot of colour and in the evening the dance floor was packed as the festival reached its climax.

Thanks have to go to Dom Carnell and the Brenstock organising committee for all their hard work, and to the volunteers who helped throughout the day to make the event a safe and enjoyable one for all the visitors.  Over £1,000 was made which goes to the Village Hall.

Contact Dom Carnell on 810425 if you are interested in finding out how to perform at Brenstock or wish to help with future events.

A view from Brentor Commons

Brentor Friends of the Field

Farewell to the printed Brentor News

One pole delays broadband to village centre until 2022

Village Hall rebuild put on hold but will be revived

We need your contributions!

What’s on in Brentor